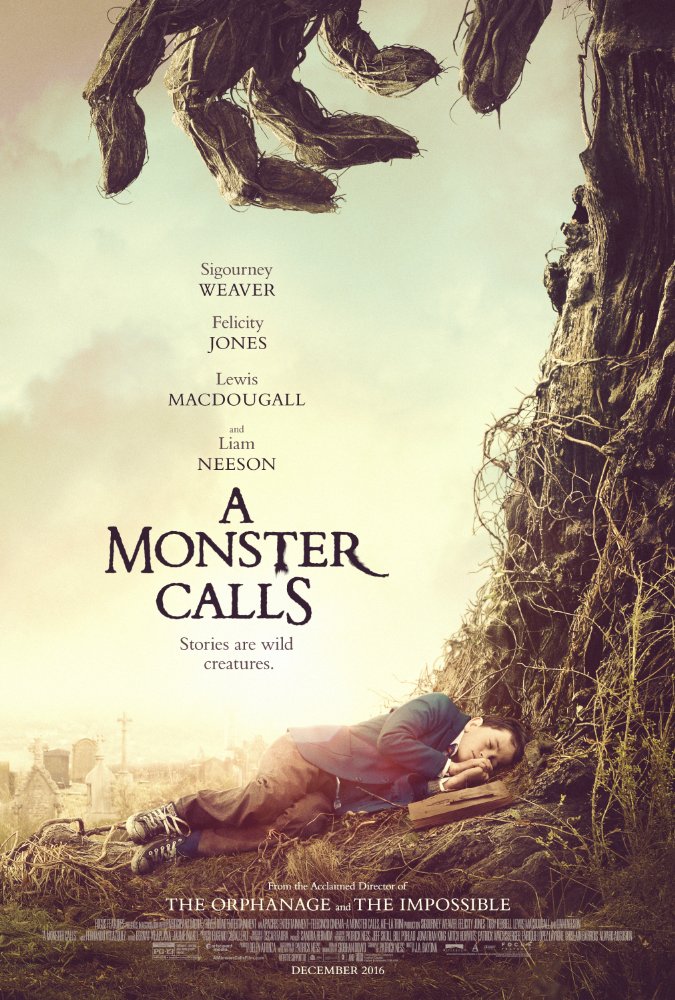 I recently viewed the film, “A Monster Calls.” I was intrigued by the trailer, when they first began promoting the film, but somehow it slipped by me while it was in theaters and even when it was first available online, through iTunes and Amazon. Luckily, I was reminded of it again recently, when HBO listed it as one of their new movie additions. This is a must see for all artists and art enthusiasts. The film is a feast for the eyes and imagination.

Based on the Patrick Ness novel of the same name (he also wrote the screenplay), it tells the story of Conor O’Malley, a 12 year old coming to terms with tremendous tragedy and loss. Conor’s cerebral battle is presented onscreen, metaphorically, in form of a tree monster, which presents him with symbolic stories, designed to help the boy deal with the overwhelming emotional attack he must survive.

Though the films includes performances by the notably talented Felicity Jones, Sigourney Weaver and Liam Neeson (as the voice of the monster), it’s Lewis MacDougall’s performance, as Conor, that shines in this movie. Most scenes are comprised of Mr. MacDougall, before the lens, all alone, skillfully communicating Conor’s anxiety during this emotional wrestling match, but it’s the animated story sequences in this film that make it unique.

A tour de force of 2 dimensional watercolor work, stop motion and computer generated (CG ) imagery, these gems are like nothing you’ve ever seen in motion before. They exhibit what is graphically possible in animation today, but seldom sought after, in this era of CG emulation of real world imagery.

Kudos to the animation team! Do your right brain a favor and experience this film!